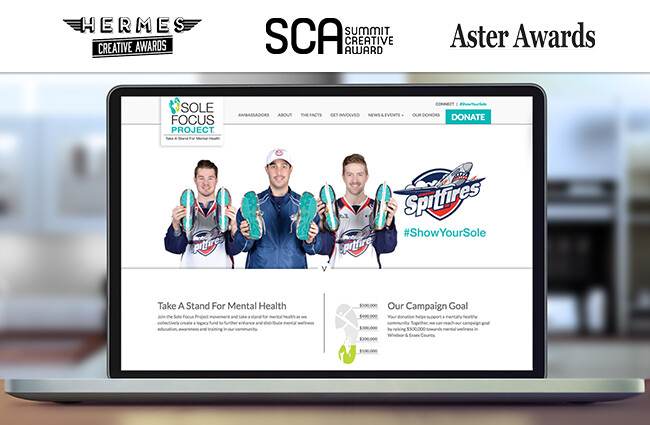 It’s not Oscar season, but it seems to be award season in the marketing world. Bold messaging in a variety of mediums helped Douglas Marketing Group win several awards in recent months for mental health and community services campaigns. Serious topics made educational, fun, and action-oriented, through not only strong creative, but the added elements of proprietary software and community partnerships. These elements combine to create distinctive marketing initiatives for DMG’s non-profit partners.

Douglas Marketing Group has been honoured with international awards – an Aster Award, a Hermes Creative Award, and most recently, a Summit Creative Award – for the unique campaign, Sole Focus Project – Take a Stand for Mental Health (www.solefocusproject.ca) for the Canadian Mental Health Association of Windsor-Essex. The campaign was designed to increase mental health awareness and create a legacy fund for education, training, and treatment. Launched in two parts – through a teaser and reveal campaign – it engaged participation from local leaders across business, media, community, sports, and more.

In the teaser campaign, identities were hidden by blue shoe “soles” until the official campaign launch. Recognizable faces (and international sports mascots!) were then revealed through billboards and social media. The strategy behind the creative was to profile the people of Windsor-Essex as strong ambassadors for the cause.

Broad reach through traditional and online channels magnified through communication partners in a variety of business and community sectors. People across the region are sharing their stories using #showyoursole, sparking important conversation and creating visible impact. Equally important, the Sole Focus Project has grown from two strategic partnerships to 23 as of this writing, enabling the client to more rapidly reach its fund development goal.

DMG received a Summit Creative Award in the Complete Branding category for the Victorian Order of Nurses (VON) of Windsor-Essex County. VON is the longest-serving home and community health care charity in Canada. DMG positioned VON as the center of community care and created opportunities for strategic partnerships with complementary community groups to further expand VON’s social service message and capabilities. Campaign strategies included visual and written messaging across a variety of communication channels, including DMG’s “It’s time we cook for you” packaging. 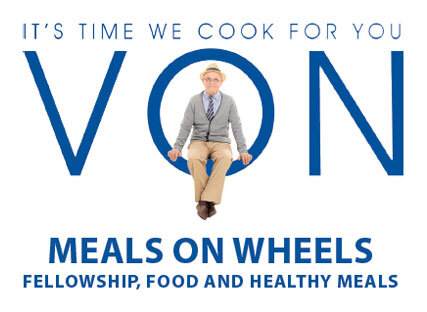 The award recognized the challenge – and ultimate success – in finding the right mix of communication tools and platforms to reach the target audience. The campaign had to appeal not only to a senior audience and those who care for them but to niche groups as well. These would include groups such as military veterans, charitably-minded individuals, and community groups for partnerships and financial support.